Enter your rental property address below to get your free rental analysis.

We can Help Manage Your Winnabow Rental Property 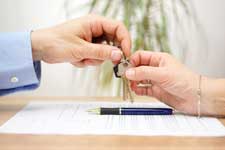 We offer a full range of property management services tailored to you as an investor, homeowner, or landlord. We have an extensive portfolio with single family homes, townhouses, and condos in the greater Winnabow area.

Inquire About Our Services

See What Our Clients Are Saying About Us

Winnabow, North Carolina, is an unincorporated community in Brunswick County in the U.S. states of North Carolina. It is located at 34°08′57″N 78°05′36″W It is mainly a farming community with ample farm land in the surrounding area. There are no big stores in the area except for a Hand Dee Hugo's at the intersection of NC 87 and US Highway 17 South. Mill Creek Farm and Garden Center is the feed store for the area and is set right beside Willetts Farm. Winnabow also has a privately owned International Airport "Winnabow International Airport". In addition to the "Winnabow International Airport" Winnabow Volunteer Fire Department, which celebrated its 50th anniversary in 2010. http://www.brunswickbeacon.com/content/congratulations-50-years-winnabow-vfd. There is ample freshwater fishing in Rice's Creek and hunting in the area. According to The North Carolina Gazetteer, the Brunswick County community’s name comes from the nearby plantation of the Russell family. Daniel L. Russell (1845-1908), the local judge and political leader who was governor of North Carolina from 1897 to 1901, was born there. Russell was the last Republican to serve as North Carolina’s chief executive until the election of James Holshouser in 1972. Winnabow Plantation, in turn, seems to have taken its name from an Indian word whose meaning has been lost. However, Governor Russell's mark remains in the name of the road, Governor's Road, where two family homes still remain inhabited. The community, located near the intersection of N.C. 87 and U.S. 17, was known as “Evans Store Crossroads” during the Civil War. The Winnabow name was in use by the time the post office opened in 1882. Source From Wikipedia